It’s been three years now since my first visit to Kawaguchi Yoshikazu’s farm, and this third visit was occasion for celebration for a few reasons.

First being that Suhee had never made the trip here due to budget constraints while making the film, so it was her first time to see Kawaguchi outside of the film footage which I brought back to her. Second, we are finished with the film, and although we are still working on a Japanese subtitled version, we were able to give him a DVD of the film. Finally, we were given copies of Kawaguchi san’s latest book. It’s a big one, and it concentrates on the whole philosophy of his farming and life and how it is applied on a more wide framework in society. It’s in Japanese only, and for us, it represents another challenge we’re willing to meet, to help bring such ideas into the Western world. 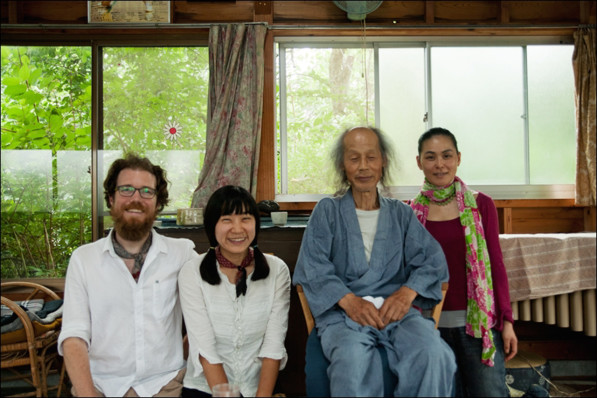 On many levels then, it was an encouraging meeting both for Kawaguchi san and for us!

Thinking back to my very first visit to this place, it was a slightly nervous one. A city boy who just quit his job in the tech industry, I was trying to catch what exactly it meant to farm and live ‘with’ nature. The truth was, I didn’t have clue as to the depth which it would require me to feel, and the layers and layers of modern consumer ‘culture’ which I would have to shed in order to think freely.

In this way, Kawaguchi taught me a lot about what freedom is. He taught me to broaden my view of what it means to be human, and he helped put me on a path to realizing that it was okay to let go of things as they are defined, and instead to take time to see things as they are, to “experience” them. 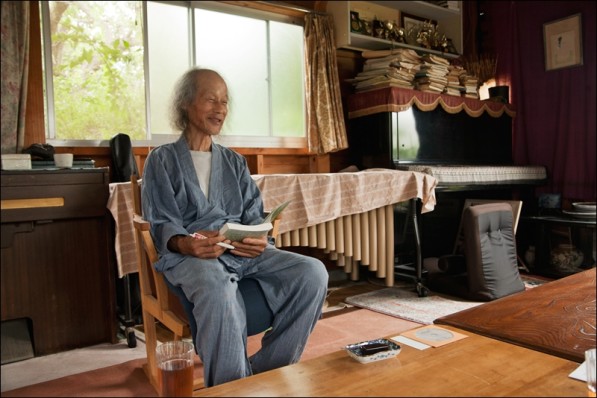 One of Kawaguchi san’s thoughts for me was that we don’t live in the city, we live in the universe, and that unless we maintain that perspective, we can not live with peace in our souls no matter where we physically dwell on this earth.

Of course! We can see the universe, physically, contextually, by just looking up into the sky. If we steady and sharpen our minds well enough, we can also feel it. We can feel the truth of this moment, of who we are, where we are, we can accept it, and life opens up to us.

That is freedom. It is a freedom that no one can take away from you.

As we made the slow walk to Kawaguchi san’s house from the tiny train which stopped at the tiny platform through a town with narrow streets and old wood-framed, mud-walled buildings, we felt a grand comfort. 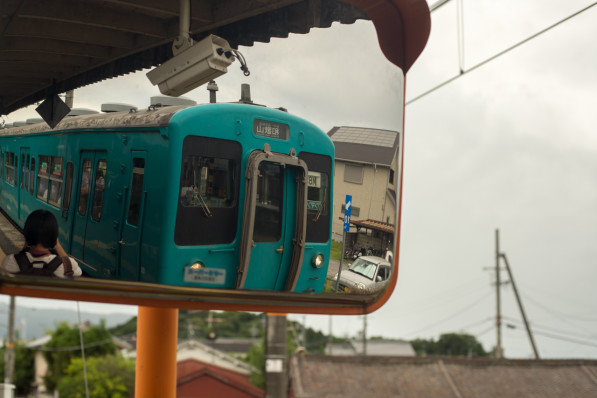 The town in which Kawaguchi lives is an extremely significant place in Japanese history dating back thousands of years, yet no buildings or foundations of that age exist to tell the tale. They don’t need to though. Nature, fields, small streams running by small homes. The place is enough. 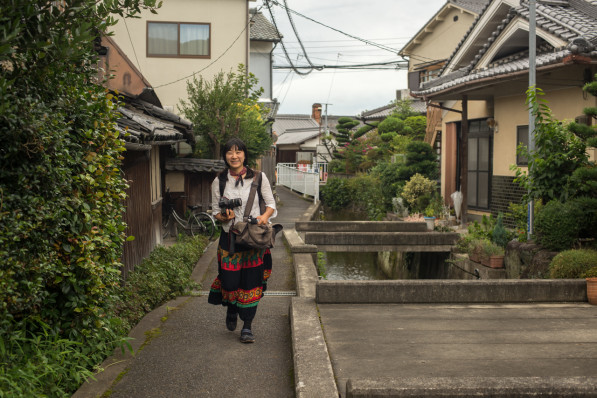 After three years, this most recent meeting with Kawaguchi san was without stress or nervousness. We presented him with hand made gifts from Suhee and myself, a copy of the film, and a report on the varying responses we’ve had from our test audiences.

With a bright smile, Kawaguchi san let us know how happy he was. He had spent a good thirty years working through natural farming, and twenty years before then doing conventional farming. He has influenced thousands of people personally through his free farming school and countless others indirectly. Other film makers had spent much time with Kawaguchi san, but he says we are the first to finish such a far reaching film project. “Knowing how to complete it is the difficult part” said Kawaguchi.

I thought about how Kawaguchi san has dedicated his life to finding truth and finding a way of thinking and living that enriches the world around him, and told him that I was glad he had done the hard part! His struggles over his life make our four years of filming seem easy. We all shared a good laugh at this, “I’m happy for whatever time you spend at this” said Kawaguchi.

In truth, we’ve also got a long path ahead of us too, some of which already includes small scale farming and connecting people to the land through projects like REALtimeFOOD.

After a good long talk, we ventured out through what is probably one of my favorite home entrance paths… a tiny forested pathway.

And then into his garden, where his assistant Maki gave us a show and tell and taste of what had been going on since the last visit. Still moving around well but slightly less mobile than a few years ago, Kawaguchi san is growing less rice these days, just enough for his family, and otherwise mostly growing vegetables and fruits and roots, etc… 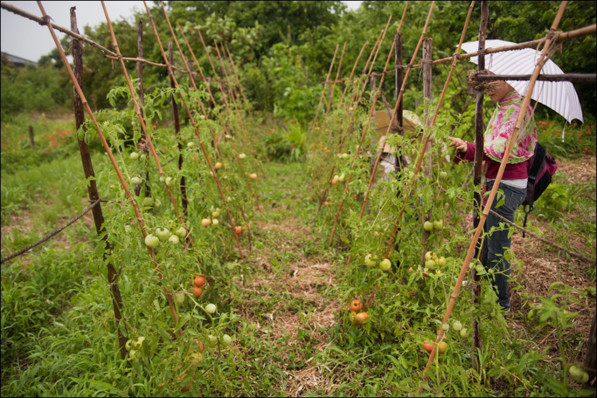 It was a windy and rainy day, with a front blowing in that was the beginning of a typhoon, but we still enjoyed ourselves in the periodic horizontal rains. 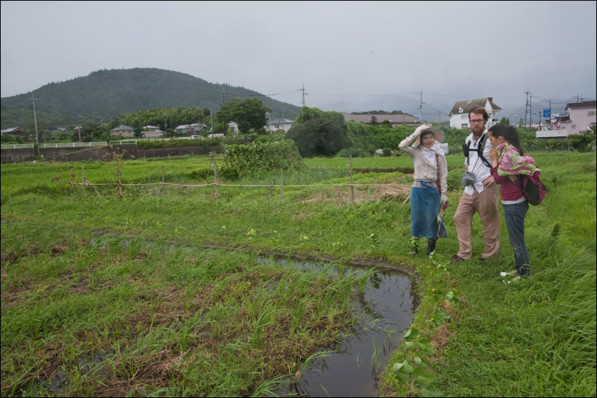 Kawaguchi had to run some errands after the talk, but he met us again after the farm tour for a send off at the train station, which he got to on his bike. Such a strong man, he really is one of those people who is so full of energy and goodness that it leaks out of him to those who surround him. 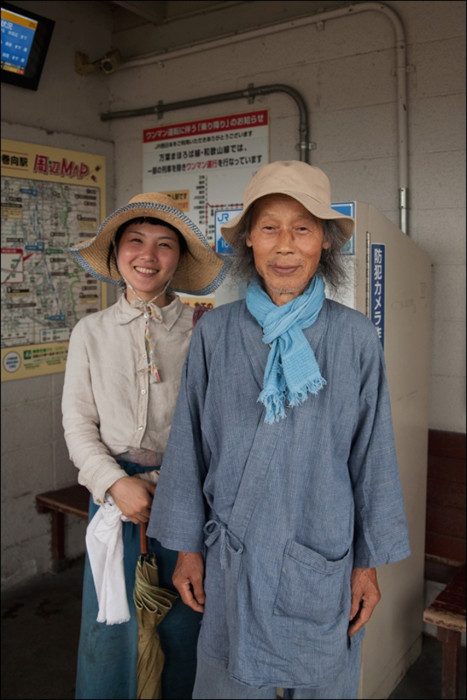 After handshakes and well wishes, we boarded the tiny train at the tiny platform and Kawaguchi san and his assistant Maki waved goodbye, and then waved some more, and waved again until we couldn’t see them.

That energy is still with us, and we hope to continue sharing it in our own work, every day, in hopes that one day it will have spread until we are all full of this kind of energy.

1 thought on “Being Human: A Visit with Yoshikazu Kawaguchi”