It was farms and art this past month, as Patrick visited six natural farms in Japan, a rice farm which throws a yearly “Art on the Farm” event, and an Art University in Nagoya with a natural farm course!

We started the month in Chiba (just outside of Tokyo), where a husband/wife team Kazutaka and Eri guided us to two family farms which are part of the Shumei Natural Agriculture organization. 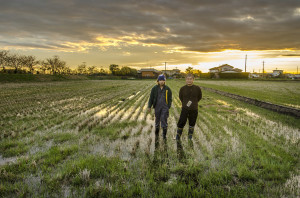 We first visited farmer/activist duo Osamu Yoshino and Keiko Domae in Katori City, the site of one of the first modern farms to use a community supported agriculture (CSA) model for selling naturally-farmed foods directly to consumers in Japan. After experiencing early trouble selling their produce, the duo took pride in bringing consumers directly to their field, educating them about seasonal naturally-grown foods. As their story goes, it was only after the consumers stood in the middle of the field, that they truly understood why naturally-produced food was so special. After piloting this consumer-to-farm project, their farm subscriber list filled up quickly, and they haven’t looked back since.

Later in the month, my tutor, Ross McLean from University of Edinburgh traveled to Japan and I was fortunate to join him on a week-long tour of art, space and nature goodness.

We went from the hills of Yamaguchi and Akiyoshida, to Aichi University of the Arts in Nagoya, visited a lush mountain natural farm called Fukuzu, and also had a visit to the pint-sized island of Megijima with Isao Suizu and Ikumasa Hayashi to talk with the locals about a natural farming oriented project I will be involved in this summer — more on the Megijima project in a separate post.

In Nagoya, we met with Professor Ishii Haruo of Aichi University of Arts. The school is already unique in its design, but to boot, it sports a natural farm on campus, part of a class created by Professor Haruo, where students can enjoy time growing food, and using the interaction as a direct ecological study to have their art inspired by this connection with nature. Haruo san also runs a very active environmental study group which fuses art and ecology. 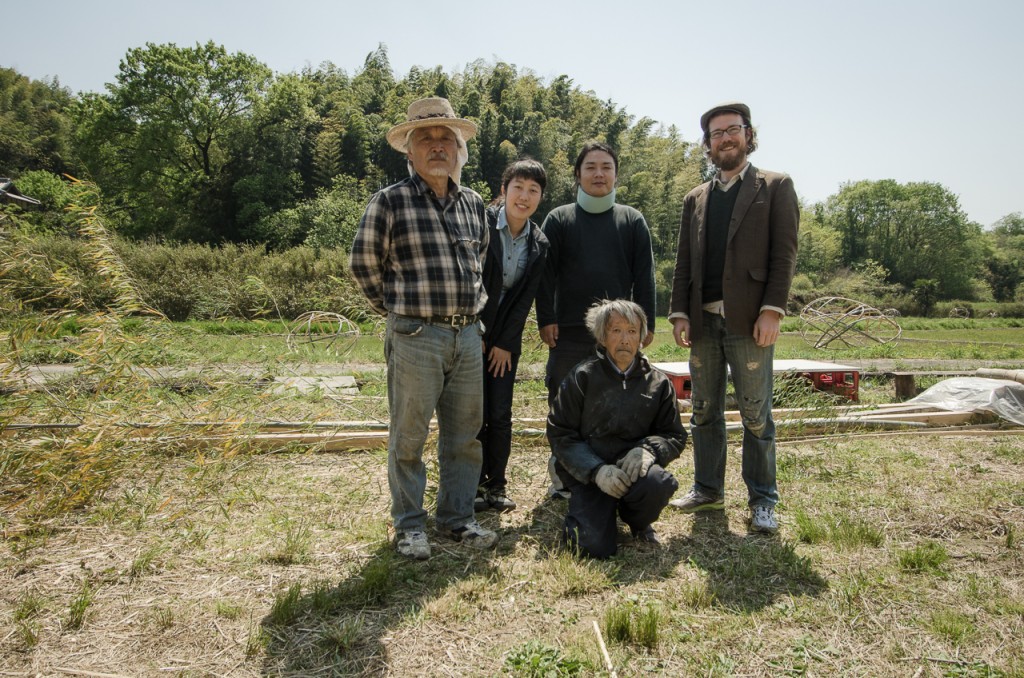 The month ended with two week-long stays at farms on Shikoku, the large island where Natural Farming icon Masanobu Fukuoka worked his magic in the early 20th century. The large community-suported natural farm of Okitsu-san gave me new insight into what these farmers are all about, and why they believe so deeply in their ways. There is a separate post about this farm visit also.

The last farm was unexpected in multiple ways. I was hosted by a married couple, Naho and Youju, who had moved from Tokyo to start farming. Youji had family here who had been continuously farming rice for around 300 years! I was plopped into the middle of preparation for the Art de Tanbo (art on the rice field) event, an annual celebration of art, music, and nature which was being prepared by the couple’s father, Hiromu-san. This whole week deserves another post, or two, coming sooner or later… promise.

For now, I am back to Seoul and putting all the pieces together to prepare The Final Straw. Watch for interviews coming online soon as we continue to transcribe, translate, and edit this material!