The Final Straw film was produced by City as Nature, a project of the film’s co-director’s Patrick Lydon and Suhee Kang. During the making and touring of the film, the City as Nature team collaborated with local activists — such as our co-producer Kaori Tsuji — to create community-engaged food-and-art events based on the documentary film. We believe in combining art and ecological awareness to help imagine new ways of seeing, and to build bridges between where our society is now, and where we want to be.

Our ongoing work is inspired by the characters in the documentary film, and we continue to collaborate with natural farmers around the world.

Nature Art & Exploring Natural Color — Using only natural materials from the immediate area, we discover a rich seasonal pallet of colors that can be used directly as paints and multi-dimensional mediums. Everyone becomes an artist in this workshop, where participants learn to deepen their relationship with the natural environment, and find new inspirations for art making within this relationship.

REALtimeFOOD: The World’s Slowest Restaurant — A temporary restaurant is the opening scene for a multiple-month community based arts and ecology project where we bring to life an empty plot of urban land and invite the community to cultivate food, relationships, and creativity.

Youth Education — Final Straw produces interactive lessons about food and the earth that align with Common Core standards. Children learn about their relationship with nature through hands-on contact in ways that connect their day to day life and actions with the rest of the natural world. Developed in cooperation with Art is Power, we create lessons where youth take away not just an awareness of the social and ecological issues we face, but are inspired to  make (and invent) their own actions and solutions!

The Free Food Kit
In early 2013, we developed the Free Food Kit concept for an interactive art exhibition at N3 Art Lab, Yamaguchi Japan, where gallery visitors were encouraged to fill their envelopes with seed and become local ‘seed bombers.’ Since then, we’ve began to incorporate it into our screenings and shows.

Food, Art, and Nature: Panel Discussion
We brought three of Scotland’s most prominent figures in ecology together with a group of over 50 registered educators, activists, and artists to talk about how sustainability and the human:nature re-connection can become a part of our world.

Final Straw Work-in-Progress Exhibition
A showing of the work we have completed so far on the documentary, including screening of several interview shorts and a giant mind-map of the farmers and their ideas which took an entire gallery wall!

[Human:Nature] Community Discussion
A community discussion, bringing regional cast of natural farmers and artist/farmers to the small island of Megijima in order to engage the community and visitors in a discussion about natural farming and the effects of agriculture on people and people on agriculture.

[Human:Nature] Community + Environment Mapping Project
A three month residency where we connected locals, regional farmers, and island visitors to the natural settings of the island. This research-based art project was produced in cooperation with Aichi University of Art and Edinburgh College of Art for the Setouchi International Triennale in Japan’s Seto Inland Sea.

Open Source Farming Lecture
In Seoul, South Korea, a city of nearly 40 million people, we hosted natural farmer Ryoseok Hong to tell the story of what on earth nature has to do with office workers and apartment-tower dwellers.

People/Nature/City Exhibition and Talk
We opened the year with a small photography exhibition in Seoul, South Korea, and a talk about what we had been up to over the past year on farms and in cities. 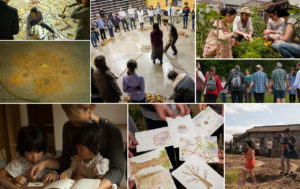 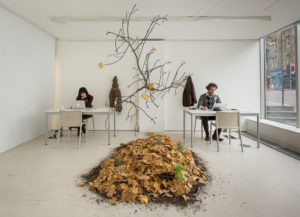 Learn about the art and ecology work of co-director Patrick M. Lydon. 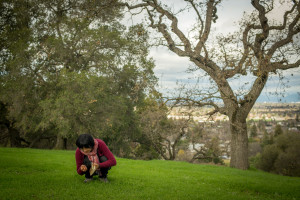 See what co-director Suhee Kang is up to with her herbal studio and workshops.