Began in 2011 by artist and writer team Patrick Lydon and Suhee Kang, Final Straw has grown from its initial roots as a documentary film project, to an international team who work interactively with individuals and communities to foster human relationships to nature, and to cultivate ecologically interconnected ways of thinking and being.

The Final Straw organization (together with City as Nature collective) has reached out, to create cross-discipline community events, using art and ecology together as a bridge for understanding and connecting. We have worked through documentary film, exhibitions, urban farming, culinary art, and social practice, and have conduct workshops and events for thousands of people in East Asia, North America, and Europe. In 2015 we released the feature-length documentary titled Final Straw: Food, Earth, Happiness, completed an extensive 150-date international screening tour, and saw the pioneering of our first REALtimeFOOD project in Japan.

From March 2018, the directors continue their work at The Branch, an environmental art and media lab and natural farm which they opened in Osaka, Japan. Their ongoing work is inspired by the characters in the documentary film, and they continue to collaborate with natural farmers around the world. 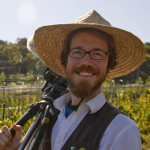 Patrick Lydon, co-director
Ecological Artist, Writer, Filmmaker / San Jose, USA
Patrick uses a community-engaged environmental arts practice to build relationships between people and nature, inspiring viable solutions for our future on a local level. He has produced and exhibited internationally with diverse casts of individuals – from farmers to governments to educational institutions – to create socially engaged artworks, forums, and workshops, and has garnered awards from Sasakawa Foundation, Chishima Foundation, Lateral Lab and others. Patrick is founder/director of City as Nature (Osaka & Seoul), and arts editor for The Nature of Cities (New York). He was formerly an Arts Commissioner for the city of San Jose, helping to oversee a $10M arts budget. Patrick holds an MFA in ‘Art, Space, and Nature’ from the University of Edinburgh, a BA in Design Studies from San Jose State University, and was a visiting postgraduate student in the Isao Suizu Lab at Aichi University of Art.
more at www.pmlydon.com 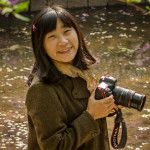 Suhee Kang, co-director
Ecological Artist, Writer, Filmmaker / Seoul, South Korea
Suhee began her career working simultaneously as a photographer, book editor, and activist in the ecological justice movement in South Korea and has since served with many like-minded organizations including the Dumulmeori organic farm and Rogpa organization for Tibetan refugees. She has traveled with her notebook and camera throughout the Middle-East, Europe and Asia to engage with the traditional way of living, for which she won the grand prize in the traveling photography contest by Istanbul Cultural Center. She has given talks and hands-on workshops internationally and has a habit of making artworks with natural materials and giving them as gifts both in exhibitions, and in her personal interactions with people. Suhee graduated from Sungkyunkwan University in 2007 with a degree in Journalism.
more at http://vertciel.blog.me/ 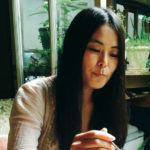 Kaori Tsuji, co-producer and project manager (Japan)
Producer, Food & Massage Therapist / Kobe, Japan
Kaori has worked internationally with food and massage therapy as tools for bringing about health and well being to communities and the environment. Her menus are often improvised as she concentrates on local, natural foods in tune with the season and with the constitutions of the guests. She is a therapist, project leader, and board member for the NPO organization Touch in Peace, and translator and project manager for Final Straw and SocieCity. Kaori also works with Kobe city for their seasonal Farmer’s Market as translator and producer of a CSA empowering workshop.  Her works are becoming more like that of a social activist these years, and she expects to produce a “Pay it forward” based conceptual restaurant that will open seasonally next year. Kaori studied at Kobe University of Commerce(JP).

Individuals we are currently engaged in who help produce, manage, and otherwise make our projects come to life.