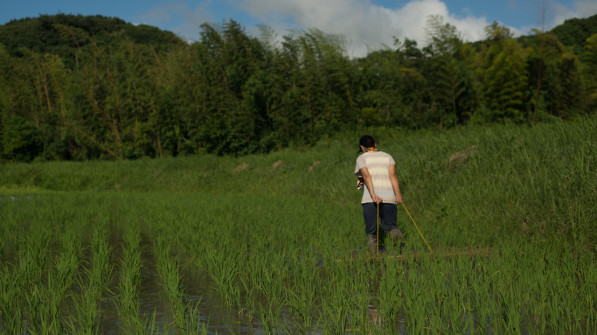 This blog entry is one of a series of short essays, responding to some of the most frequently asked questions about the film “Final Straw: Food, Earth, Happiness.”

Let’s start by being honest about who hates this film. Chemical manufacturers, the industrial farm lobby, and GMO seed companies obviously hate us.

Also many conventional farmers, especially older ones, just can’t stand the film, they think it’s total bullshit. That’s understandable. These are folks who have lived their entire lives with the belief that industrial farming is necessary, pesticides and herbicides and chemical fertilizers are necessary, tractors are necessary. They can’t envision another way. We get that.

Unfortunately, the belief that we need industrial farming does not coincide with reality. The truth is that our current day farming industry is fighting against reality, and the reality is that industrial scale farming is not (and never will be) sustainable. It will always be destructive. The reality is, as a recent report by the United Nations and agriculture experts across the world said, we have about 60 years left of being able to support life on this earth if we continue farming the way we are farming.

That sound pretty serious, right? You won’t see it on the front page of major papers like you see ‘global warming’ but the way we grow food is an equally treacherous threat to our survival as a species. The way forward — according not only to the natural farmers we talked to and worked with over the past four years, but also just about every agriculture researcher not backed by industrial seed and chemical firms — is small scale, locally-focused, non-chemical, biodiverse, regenerative farming. That sounds like a lot of terms, but these are all elements that are necessary part of long-term sustainability, and yet which our current industrial farming system, including what we call ‘organic,’ is incapable of supporting. So. We need a change.

But then, we like to say that this film isn’t about farming, and it’s not really. Farming good food is just the end result, the output. It’s really about the mindset, as author Larry Korn tells us, and it’s a mindset that can be adopted in every person’s life, regardless of what you do for a living.

We realized pretty quickly, after arranging our first screenings in California and Korea, that our audiences were people with similar backgrounds to us. That is, the people who responded really favorably to the film were second-generation city dwellers who have a sense that there needs to be some pretty major changes in the way our society functions, and in the way we relate to this world.

That might seem like a pretty specific group, but we have a feeling it’s bigger than any of us knows, and it’s growing every day.

There was a huge positive response showing this film in multiple places around Seoul last Fall, which is maybe one of the world’s 2 or 3 largest cities. We’re talking 20 million people or thereabouts. Now there were groups who invited us to screen the film, and many of these groups were young, 25-35 age range, they had lived and worked in the city but have some major doubts about their lifestyle, are unhappy with their jobs, are stressed, and they feel that “gosh, there must be another way to do this whole ‘life’ thing”. I think ten years ago, even five years ago, those groups didn’t exist in Seoul in such large numbers because everyone was happily aiming at the desk job at Samsung, they were all focused squarely on building an endlessly growing economy. Today, there are many people in urban areas around the world who, I think rightly, don’t really believe in that story any more and they are looking for a new story. Charles Eisenstein lays this out really well in his writings, and heck, American presidential candidate Bernie Sanders is rising to super-stardom for the same kinds of reasons.

As for our film, while it’s not the only alternative story out there, I would say it offers a mindset that is really the strongest foundation we’ve seen for building a new system, not just for farming and agriculture, but new way of thinking about society, about enterprise, about economics, about sustainable urbanism, and certainly, about ecology and climate change and all of that too.

The film is available through Gumroad. You can also join Final Straw: Food, Earth, Happiness on Facebook, or just have a look around finalstraw.org to learn more about how a new mindset can help build a sustainable world.